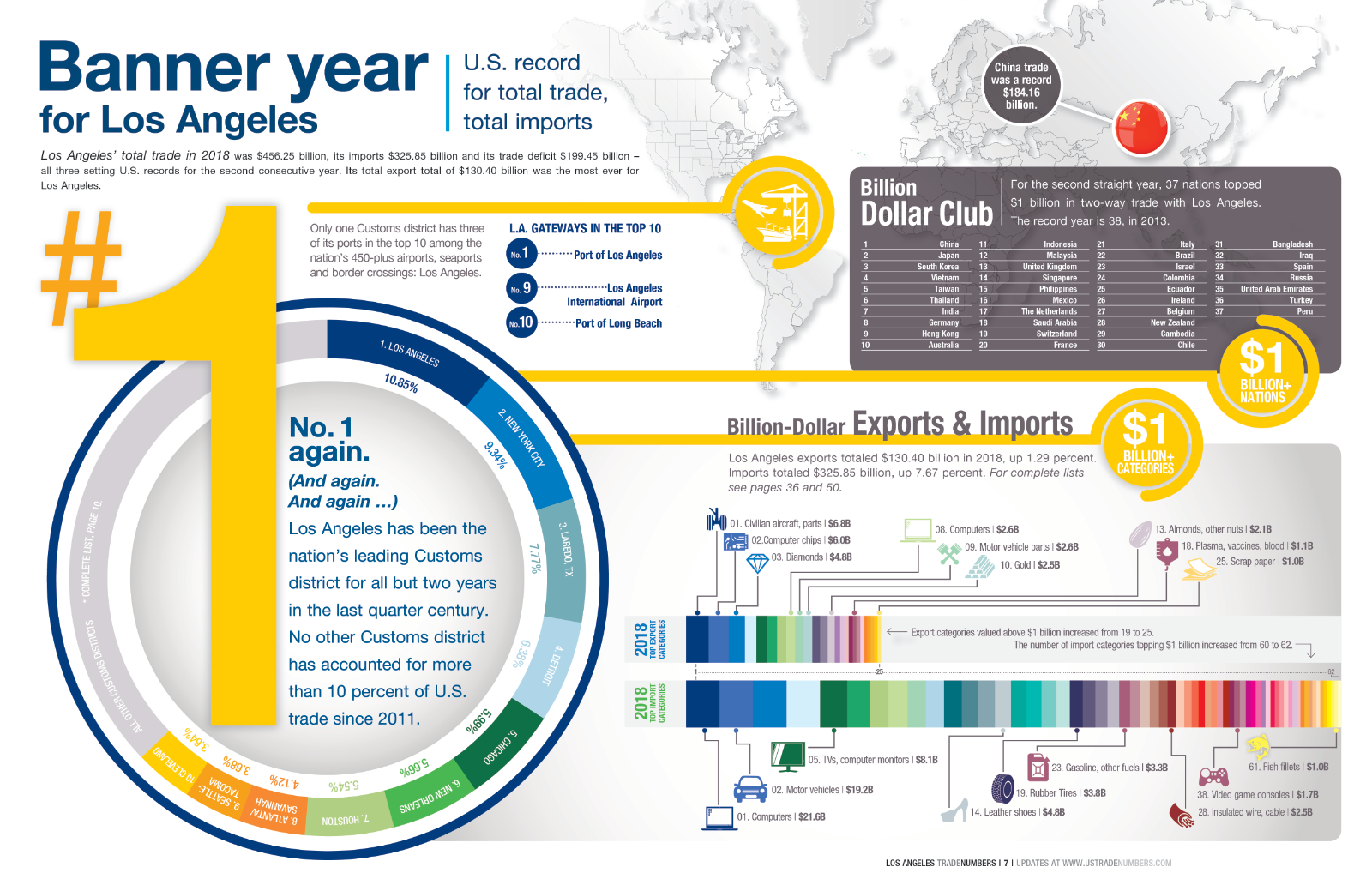 Visit these ports for in-depth data 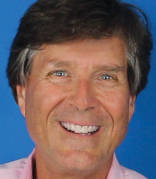 the NEXT big number

For Los Angeles, which regularly breaks records – for total trade, for total imports, for total years ranked No. 1 – $500 billion is now on the horizon

At the start of this century, in the year 2000, Los Angeles did something no other U.S. Customs district had ever done. It topped $200 billion in annual trade for the first time. The total was $229.78 billion. That was an increase of 16.63 percent over the last year of the previous century, 1999. Also, in 2000, U.S. trade came within a whisker of something it had never done, topping $2 trillion. The total was $1.99 trillion.

What’s next for the Customs district that has led the nation in trade 23 times in the last quarter century, including in 2018?

How about a difficult-to-comprehend one-half trillion dollars? At 5 percent a year for the next two years, Los Angeles would surpass $500 billion.

Is it guaranteed? Hardly. Possible? Highly. Likely? That’s a tough one.

Here’s what would have to happen and a few things that could happen to get in the way.

But in the five years prior to that, there was one decrease, two increases of about 1 percent, one of 2.67 percent and one of 4.22 percent. In other words, it would take more than a couple of years.

What might factor into how Los Angeles trade does over the next two years?

First, there are two leading Los Angeles commodities that are particularly volatile or subject to external shocks, oil and gold. And then there’s China.

For example, the price of gold tends to increase when there is skittishness about the global economy or a significant aspect of it. Witness the mortgage-led recession of a decade ago.

Oil is particularly subject to price swings, of course. The relatively new dimension is a revolution occuring here, in the United States, due to the success of hydraulic fracturing, or fracking.

And then there’s China, which has accounted for more than 40 percent of the Customs district’s trade three of the last four years.

It will be difficult for Los Angeles to top $500 billion in total trade in two years if the Chinese economy continues to decelerate or if the trade war, ongoing as of this writing, escalates or even continues.

But, whether it happens in two years, three or even next year, $500 billion is clearly on the horizon for the nation’s leading Customs district. Another first.

WORLDCITY is a multimedia company focused on international trade and specific communities’ connections to the global economy. It delivers content with annual TradeNumbers publications, with monthly updates at woocommerce-189213-560374.cloudwaysapps.com, and in weekly Trade Matters videos.